The commercial space sector is growing rapidly. Today, we see reusable rockets, satellites and launch vehicles being miniaturized, and startups popping up all over the country. I would argue that for the first time in a generation, America is witnessing a revolution in spaceflight. Yes, this may just be a feeling, but as an astronomical pioneer once said, “Sometimes a feeling is all we humans have to go on.” (That was Captain James T. Kirk in Season 1, Episode 23 of Star Trek: “A Taste of Armageddon.”) 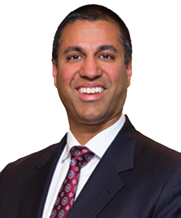 Just last month, for example, SpaceX launched the first 60 satellites of its Starlink constellation, somehow managing to fit all of them into a single Falcon 9 rocket fairing.

This is all the more impressive when you consider that the prevailing technology for sending bulky satellites into orbit would have limited the payload to a much smaller number of satellites. In fact, many outside observers had speculated that these Starlink missions would be able to launch only 20 or 30 satellites at once.

How was SpaceX able to fit so many satellites onto one rocket? The answer lies partly in their “flatpack” design, which those of you cursed with taking IKEA furniture out of a box will recognize. And it’s partly because of the miniaturization of satellite hardware that has occurred in recent years. 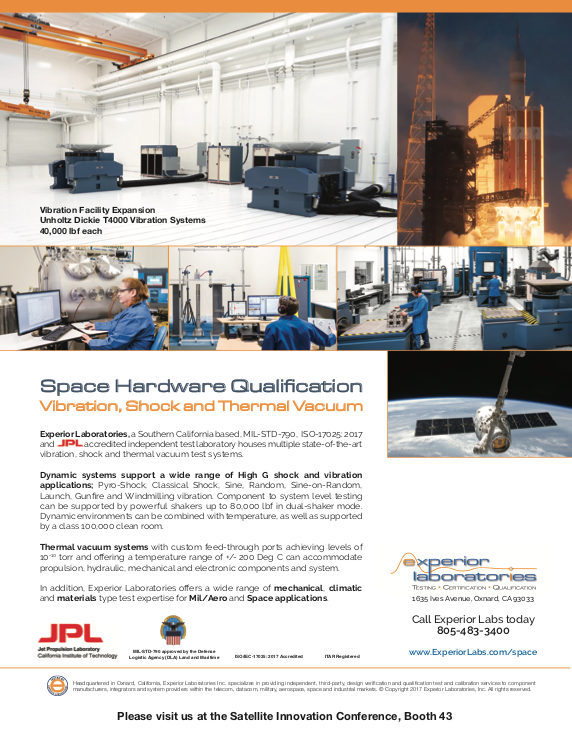 Because satellites are smaller and we now have more agile, reusable launch vehicles, we can launch into space more equipment, more cheaply. Technology for transmitting information to and from these satellites is also improving.

All this means that we now have in our sights new competition in the broadband marketplace and new opportunities for rural Americans who lack access to high-speed Internet access.

That’s why the FCC under my leadership has moved quickly to give a green light to satellite entrepreneurs like OneWeb, SpaceX, and O3b and is considering other applications from entrants like Amazon and Boeing. Companies developing satellite constellations like these have sky-high ambitions: to deliver fast, low-latency broadband services to millions in the United States and around the world.

This meshes well with the FCC’s twin goals of closing the digital divide and promoting innovation.

We now stand on the cusp of unprecedented opportunity for the commercial space sector —and ultimately for American consumers, who will be the chief beneficiaries if the industry can succeed in space.

The FCC has been and will continue to be a willing partner as we all seek to transform this potential into reality.

To do that, we need to modernize our rules to reflect where the marketplace is going, not cling to outdated rules governing a marketplace that used to be.

So as important as regulatory speed and flexibility are now, they will only become more important in the future. That’s why we are committed to streamlining our regulatory processes and ensuring flexible rules that can adapt to new technologies, such as these massive, next-generation constellations.

Another potential area of concern involves the risk of increasing orbital debris. More satellites in space will mean a lot more traffic, especially in low-earth orbit. This heightens worries about space debris. 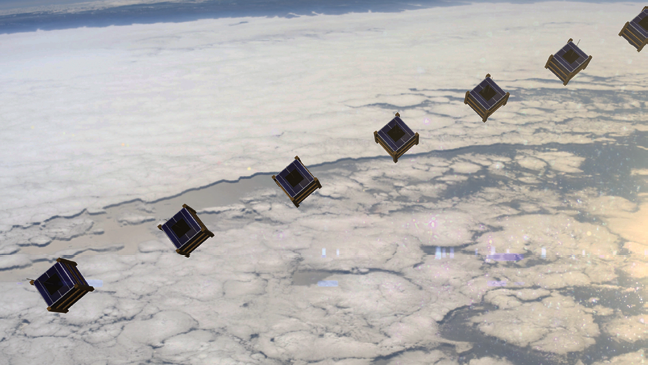 Moreover, parts sometimes break off from rockets and satellites during a launch. And remember, even a centimeter-wide object, traveling at tens of thousands of miles per hour, can do massive damage to both manned and unmanned spacecraft.

The Starlink satellites I mentioned earlier illustrate why we need to focus on this issue. Out of the 60 satellites that were launched into orbit, the vast majority are operational and either in their target orbital planes or getting there.

However, five are currently de-orbiting toward disintegration in the atmosphere. Two are being de-orbited on purpose, but the other three appear to have lost communication with operators on the ground and will naturally decay from their orbits due to molecules that are present and producing drag at that altitude. 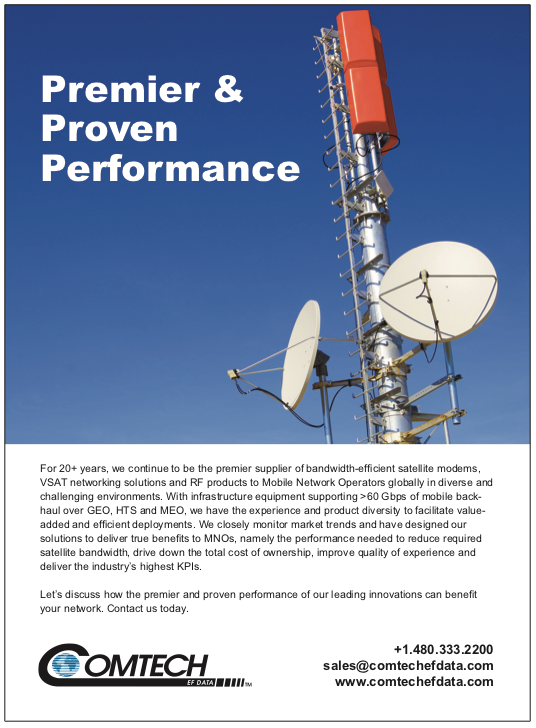 This natural decay is a built-in feature of the Starlink system. And orbiting these satellites at an altitude where they will naturally decay is something that the FCC has sought to include in the plans of all the proposed satellite broadband constellations currently
in development.

And it’s a feature which the FCC has sought to include in the plans of other proposed satellite broadband constellations currently in development. For we need to protect the space environment.

We need to mitigate re-entry hazards with smart oversight of our commercial space sector. And we need to work with other agencies and the private sector to find common-sense solutions to this emerging problem.

We’re committed to all of these goals, which is why we launched a rulemaking last year to review our orbital debris regulations. These rules have not been updated since 2004—an eternity in this fast-moving sector.

The bottom line is that the space industry is changing, and our regulations need to change with it. Now, a satellite can be built in a matter of months, weeks, or even days, and launched by a private provider on demand.

It disserves businesses and consumers alike for a byzantine licensing and regulatory approval system to be the bottleneck of this process.

That’s why the FCC is committed to matching the tempo of the industry we regulate. We aim to craft forward-looking rules that safeguard the public interest and enable the private sector to deliver consumer value. That’s the only way to ensure that America remains the best place in the world to license and launch satellites.

In that vein, I’m pleased to announce new steps that the FCC is taking toward meeting this challenge. This morning, I presented to my colleagues a draft order that would make it easier and cheaper to license small satellites, or smallsats.

Smallsats are currently used for everything from communications to remote sensing to scientific research. There are a lot of startups working to make smallsat technology a real player in the digital communications revolution.

To enable this to happen, the order I’ve shared would establish an entirely new regulatory process designed for smallsats.

It would enable small satellite applicants to choose a streamlined alternative to existing licensing procedures which would feature an easier application process, a lower application fee, and a shorter timeline for review.

It would offer potential radio frequency interference protection for critical communication links. It would promote orbital debris mitigation and efficient use of spectrum. And it would tailor the regulatory burden to the nature of the deployment.

For example, in order to qualify for the streamlined process, these smallsats would have to be no more than 180 kg., or about 400 lbs. They would also have to quickly burn up in Earth’s atmosphere if something goes wrong and ground operators lose contact; their maximum lifespan would be six years.

In sum, if operators want to launch satellites with certain characteristics, such as short orbital lifetimes, they would no longer be forced to comply with the longer and more expensive approval processes required for larger-scale missions.

I see no reason why a satellite the size of a shoebox, with the life expectancy of a guinea pig, should be regulated the same way as a spacecraft the size of a school bus that will stay in orbit for centuries.

(Note that this process would be different from the one used by the conventional NGSO constellations in our processing rounds and wouldn’t affect proposals for large broadband-delivery constellations like those being deployed by SpaceX and OneWeb.)

Oh, and I should have mentioned: You’ll soon be able to read the text of the draft order for yourself. Thanks to a process reform I introduced in February 2017, the draft has been made public.

I hope that when you read it, you’ll support it. If you have suggestions, let us know. For we recognize, to borrow once again from Captain Kirk, that regulation is “[n]ot one hundred percent efficient, of course . . . but nothing ever is.”

Streamlining the regulatory process will encourage the increasing innovation we see in the small-satellite sector and help maintain U.S. leadership in the final frontier.

I thought I’d close by turning your attention to the broader historical significance of what we are doing in space. As I’m sure you know, July 20 marked the 50th anniversary of the Apollo 11 landing on the Moon. 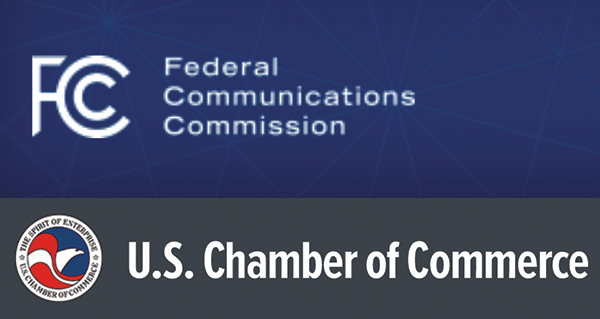 Countless people watched that unforgettable footage as Neil Armstrong and Buzz Aldrin, with Michael Collins orbiting overhead, made history as the first human beings to set foot on another world. In one small step, they proved to Americans watching back home, along with many around the world living under the yoke of Communism, the mettle of a free people guided by the medium of a free economy.

At long last, we had our own Sputnik moment, and America won the space race.

Back in those days, an expression started to pop up in Americans’ everyday speech: “If we can land a man on the moon, we can [fill in the blank].” If we can land on the Moon, we can do nuclear fusion.

In all seriousness, that moment of lunar inspiration endured, long after the Apollo program ended. Our success in space taught Americans that they could achieve anything. It taught young people to raise their eyes to the stars and imagine the future they wanted to create.

“If we can land a man on the moon” became the motto of a whole generation of scientists, leaders, and entrepreneurs—a motto that has driven us forward for five decades now.

Today, a new generation of Americans appears to sense the possibility of a modern moonshot. Just last month, a new poll was released showing a list of the most attractive employers for engineering students in the United States in 2019. SpaceX, NASA, and Lockheed Martin topped the charts.

Hundreds of thousands of students are choosing to take up careers in STEM fields, in part because of the visionary work that is being done by America’s space companies.

And that’s understandable, for as Captain Kirk observed early on, “[g]alloping around the cosmos is a game for the young.”

That’s why it’s so important for the federal government to encourage innovation in this industry.

We need to empower the next generation of satellite entrepreneurs — to enable their creations to “slip the surly bonds of Earth” and connect millions here on land with digital opportunity.

That’s the FCC’s goal today, tomorrow, and into the horizon.
www.fcc.gov/
www.uschamber.com/ 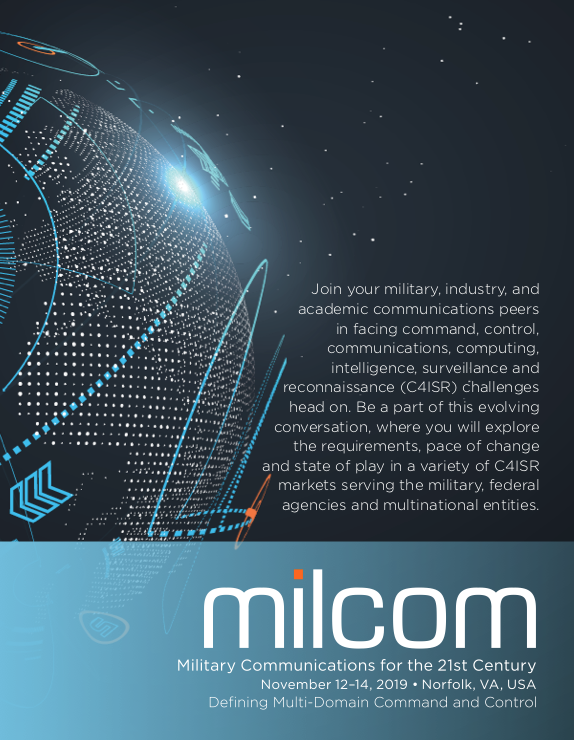