Understanding the basics of radio waves and frequency bands is key to understanding satellite internet technology. 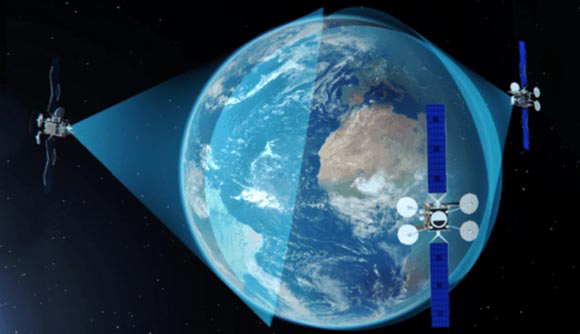 Artistic rendition of the Viasat-3 constellation is courtesy of the company.

At the very core of any kind of wireless communication is the use of radio waves to carry information. The basics of how this works haven’t changed much since Guglielmo Marconi sent the first radio signals in 1895; however, there are some specifics to how satellite uses radio that are helpful to understanding the technology. Here are a few things to know to understand how radio communications work: 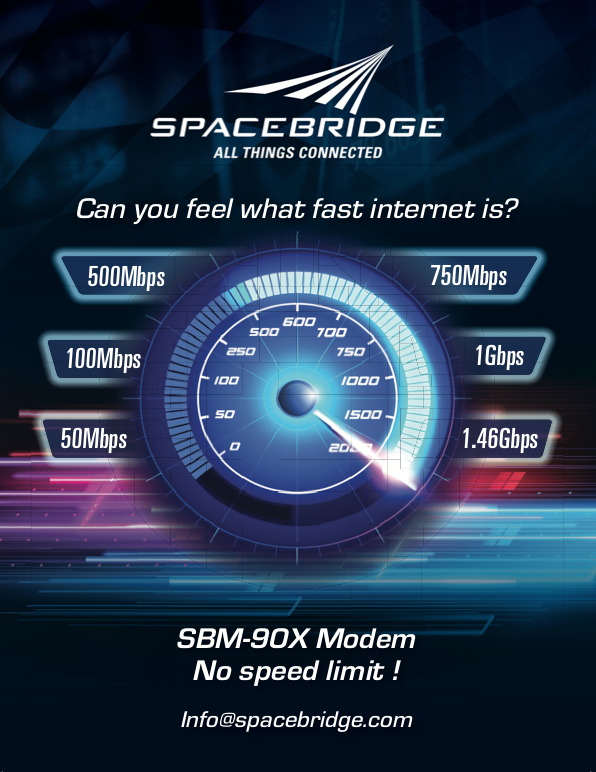 • Waves Electromagnetic radiation (EM radiation) travels in waves at the speed of light. Unlike waves that travel through sound and water, EM waves require no medium. They can move through air as well as the vacuum of space.
• Frequency The frequency of a wave is measured in Hertz (Hz). 1 hertz is equal to one cycle per second of the wave, shown in Figure 1.
• The electromagnetic spectrum This refers to the range of all types of EM radiation, which is a form of energy. The difference between one end of the spectrum and the other is determined by the frequency of the waves. Visible light makes up one section of the EM spectrum, as do radio, X-rays and gamma rays (Figure 2).
• Frequency bands This term simply refers to the chunks of wavelengths making up the spectrum. Ka-band, often used for satellite, is one type of band. Visible light is another. Some bands are quite large, while others may have just a sliver of “bandwidth.”
• Unit prefixes Here’s what some of the most common prefixes mean, whether applied to watts, bytes, hertz or other units.        Kilo=Thousand
Mega=Million
Giga=Billion
Tera=Trillion 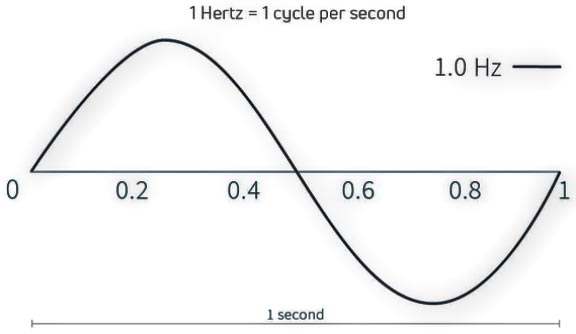 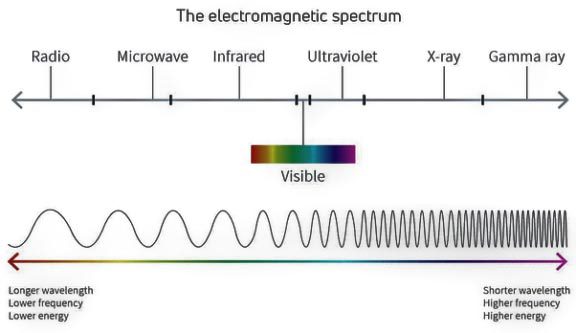 Amplitude This is a measurement of the height of a wave. Along with frequency and wavelength, it is one of the main characteristics of a wave.

Satellite spectrum Satellites operate in a particular areas or “bands” of the spectrum, a portion of which you can see in this image. The higher up you go in frequency, the larger the bands become and the more information you can carry. Viasat operates primarily in the Ka-band, in the 28 GHz range. Most satellite TV operators use the lower frequency C- or Ku-band as the data flow only goes in a single direction and does not require as much bandwidth. However, when information must be sent in both directions, more bandwidth is required to make the communication work efficiently. These higher bands are good for transmitting data, but as you go up in frequency, the complexity of the equipment increases (Figure 4). These higher frequencies are also more subject to interference — typically referred to as “attenuation.” Unlike shorter wavelengths, they don’t pass through solid objects like walls, and rain can also affect the signal. 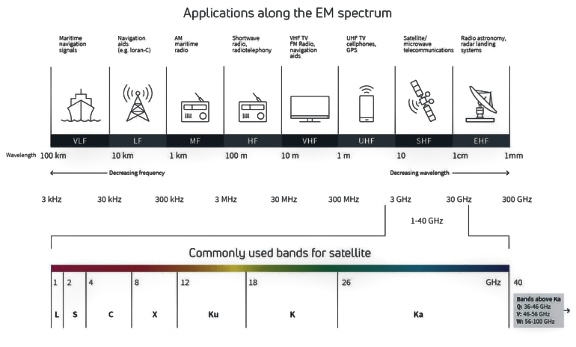 For Ku- and Ka-bands, this is,in large part, due to the fact that water molecules are approximately the same width as the wave. Satellite addresses this problem by using external antennas and line-of-sight installations. While heavy rain or snow can still affect signal, the effect is usually short-lived due to the duration of heavy weather. In addition, ground-based technologies using these higher bands of the spectrum can use smaller antennas since the higher-frequency signals are able to be focused more effectively. For satellite communications, different bandwidths are useful for different applications. For satellite broadband, the higher frequencies work best for transmitting more data. Viasat uses several different frequency bands — L-band for maritime applications, Ku-band for some aviation and Ka-band and above for aviation, residential and more.

The ViaSat-3 global constellation of satellites, set to launch in the next few years, will operate in the Ka-band, as does the rest of the company’s fleet. Those higher frequencies will enable Viasat to manage an unprecedented amount of data, with each ViaSat-3 satellite having more capacity than all of the communications satellites on-orbit today.
www.viasat.com/

Alex Miller is the editor of the Viasat corporate blog. A veteran newspaper reporter and editor, Alex has been with Viasat since 2012, working out of the company's Denver office. 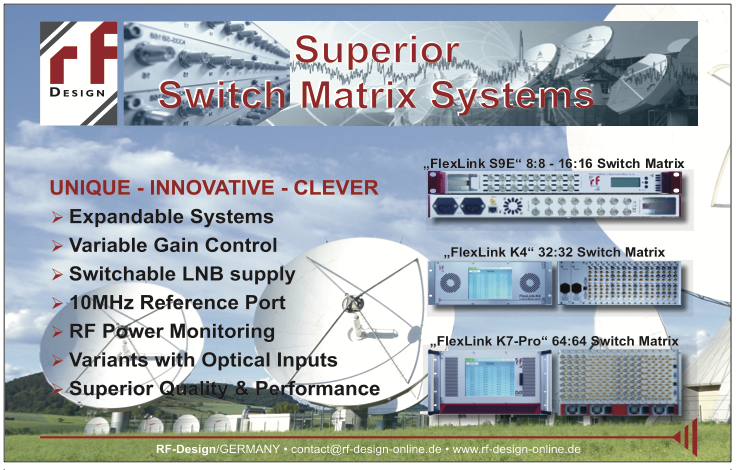