When governments and the telecom industry talk about the spectrum shortage, they always fixate on the terrestrial impact: cellular and WiFi struggling to keep up with consumer and business demand.

Satellite has an equally chronic shortage, and although the reason is the same — exponential traffic growth — the best solution is different. In 2016 alone, the FCC received 11 LEO constellation filings. Figure 1 illustrates how this segment will grow through 2024.

More satellites mean more competition for a finite amount of spectrum. The existing and forthcoming capacity won’t lie fallow, either.

Pricing is trending 35 to 60 percent lower than it was just two years ago, this according to Northern Sky Research. Those discounts will prompt more businesses and government agencies to consider satellite, such as for Internet of Things (IoT) applications that require a fast, reliable connection in places where cellular is slow or unavailable.

Even cellular itself will use more satellite, such as for backhaul, where high-throughput satellite pricing has declined by more than half.

What all these numbers add up to is more consumer, business and government applications relying on satellite. The corollary is that they’ll expect satellite to provide reliable service, especially for mission-critical applications. That’s tough to do when interference levels will increase as more satellites compete for a finite amount of spectrum.

Granted, satellite technology will continue to advance in ways that enable more efficiency frequency reuse and greater ability to work around interference. But that goes only so far. What’s needed is a fundamentally different approach, where free-space optics augment or even replace RF communications.

The Business Case for Going Optical
Optical communications are a viable option today. For example, NASA has launched and tested optical technology, and in ways that show it’s capable of supporting all space links.

Other successful missions have been conducted by The Aerospace Corporation, the National Institute of Information and Communications Technology, the European Space Agency, Japan Aerospace Exploration Agency and the German Aerospace Centre DLR.

The success of these science-mission applications is a major reason why commercial satellite operators increasingly see optical communications not only as viable, but necessary for accommodating growth over the long term. 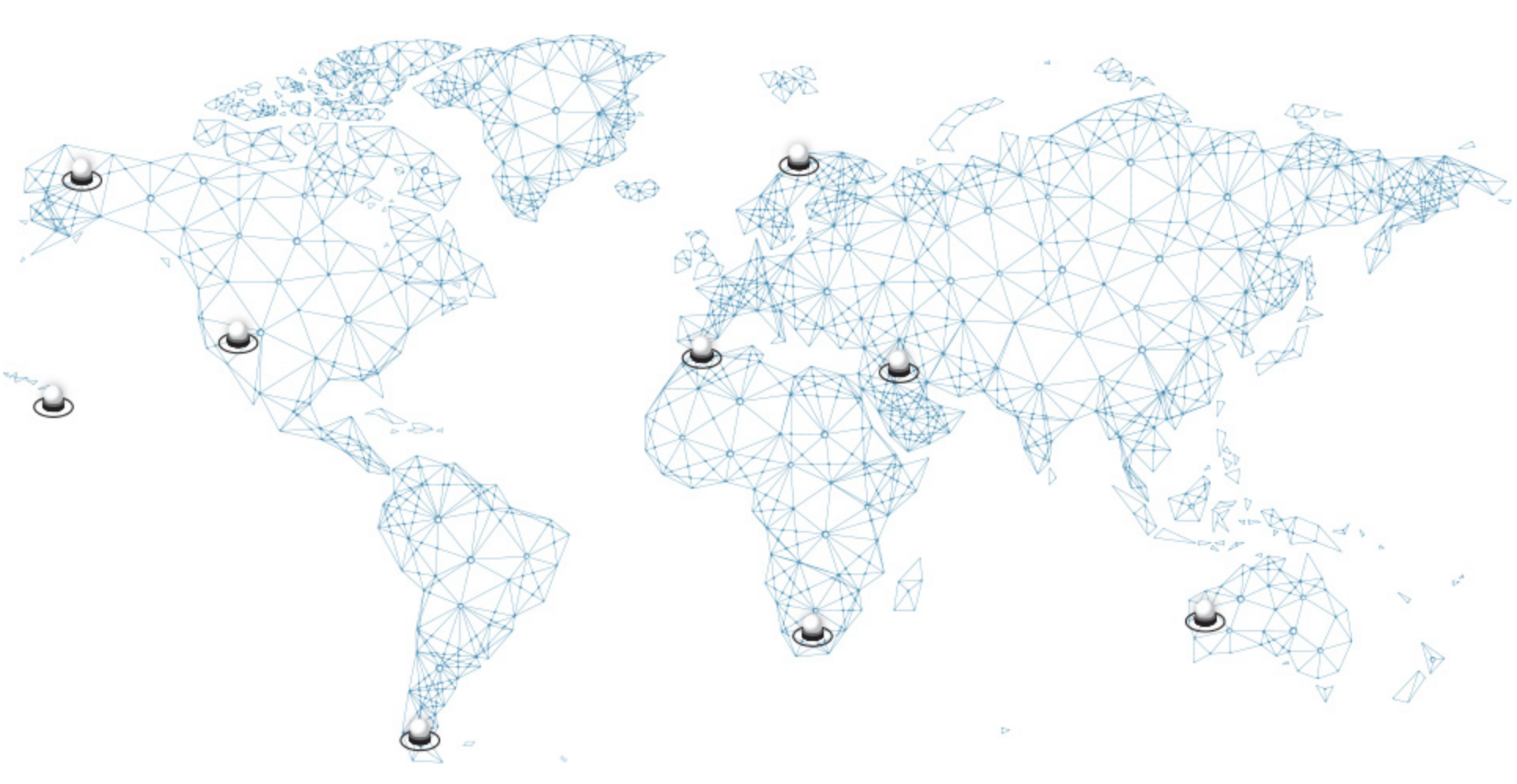 Examples include Facebook, OneWeb, LeoSat, Inmarsat Communications Evolution and SpaceX. There are many more exploratory projects that are being conducted in stealth mode for obvious reasons.

Optical Ground Station (OGS) site diversity is critical for ensuring Quality of Service (QoS), both by working around adverse weather and providing redundancy as a hedge against natural and man-made disasters such as hurricanes and terrorist attacks. That’s why BridgeSat, for example, has an initial OGS network of 10 sites, with more planned for further enhanced QoS.

The ideal OGS sites have access to high-speed terrestrial networks to support the high data rates from space and are generally in places with low cloud cover. The OGS locations well support Earth Observation (EO) missions that use high inclination orbits, but also are usable for LEO and GEO telecom applications. 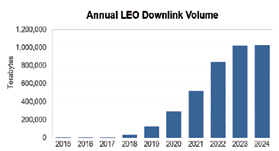 For example, together, the BridgeSat OGS sites are designed to deliver over 2 TB of data downlink per LEO Earth observation satellite per day. That’s welcome news for satellite operators that can’t downlink all the data their constellations generate.

For example, roughly 27 percent of smallsat EO missions generate more than they can downlink. Figure 3 shows how this challenge will increase through at least 2024.

An important perspective on all this capability is that optical communication need to deliver this data at a lower cost and in a secure fashion. Given that optical communications will deliver in excess of 10 Gbps, the performance is there, but also this performance is delivered at a cost per bit that is lower than what RF can provide — if RF could even match those data rates from space.

Also, the very nature of optical communications is secure. That’s because a laser’s coverage spot on Earth is very narrow compared to the wide propagation that is inherent for RF signals. This narrow signal provides the security that makes optical communications difficult to detect or intercept. For certain applications, this unique characteristic is paramount to maintaining secure communications.

The global network of OGS provides coverage for satellites, but in order to support the customer with the best experience, the network management ability of the BridgeSat Network Operations Center (NOC) is key. This NOC will take information from all of the OGS and manage them as well as interface with the customer.

For example, an OGS in a given region will be able to take meteorological data and deliver that data to the NOC. The NOC will determine the best strategy for use of an OGS or RF site for a given satellite in a customer’s constellation to assist the determination of the best QoS.

For satellite operators, optical communications provide an option that enhances the overall service experience with the benefit of much higher performance and security delivered at lower cost.

When combined with RF in a hybrid system, high QoS maintained and the benefits of both systems are realized. It’s a system whose time has come — and considering how the satellite market is evolving, optical communications have arrived just in time.

The author, Barry Matsumori, is the Chief Executive Officer at BridgeSatv