Space is no longer a void. Unprecedented quantities of new objects are launched every month in orbit which, when they collide or simply reach their end of life, become imminent dangers for the space assets of all countries and commercial companies. Threatening the future of space activities, this tragedy of the commons of a new kind is however likely to encourage the emergence of a commercial Space Situational Awareness (SSA) market. 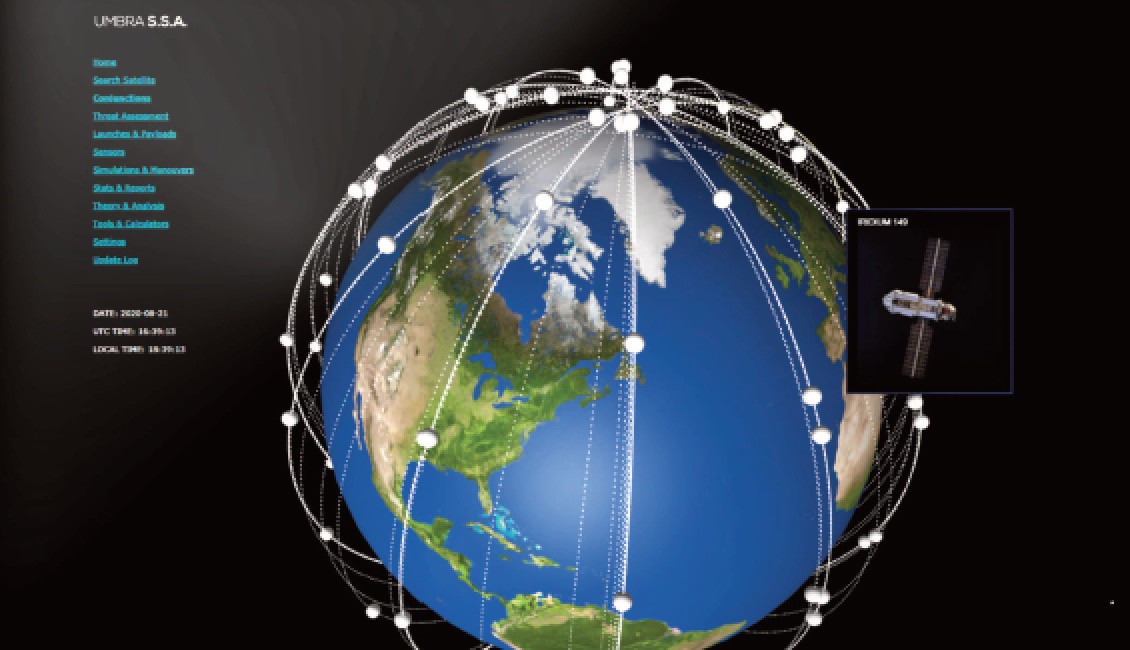 As the space environment is becoming increasingly crowded, space debris has become an increasing concern amongst both public and private space stakeholders. Human-made debris are largely the result of satellites which have reached end-of-life, objects intentionally released in orbit as part of missions, rocket parts, frozen propellant from propulsion systems as well as fragments resulting from on-orbit collisions and explosions. 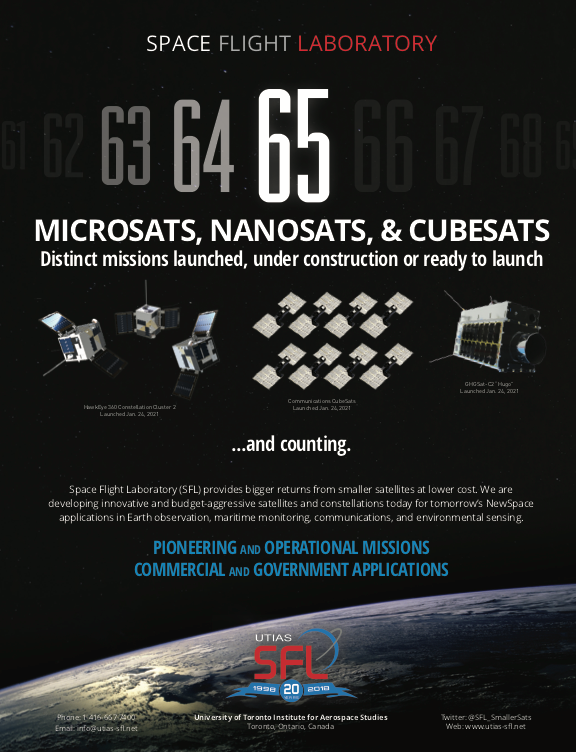 According to ESA’s Space Debris Office, more than 34,000 objects larger than 10 cm and 128 million objects under 1 cm are currently orbiting around the Earth. Being the orbit most frequently used in terms of number of satellites and the easiest to access, these debris are largely concentrated in Low Earth Orbit (LEO).

This finding is not without recalling the theory of the commons developed by William Forster Lloyd in the 20th century describing the overexploitation of a common land by individuals acting independently for their own account to the detriment of the common goods. Today, orbits are comparable to these lands: overexploited by space powers and commercial actors (many of which are more concerned with short-term profitability and generating revenue streams than with long-term space environment sustainability) to the point that these orbits’ congestion have short and long-term impacts on the sustainable use of space.

The coming decade is likely to introduce a paradigm shift for orbital debris. As human activity in space has increased, so too has the number of space objects left in orbit. Apart from a number of deliberate collision events created by antisatellite weapons tests, the quantity of space junk is largely linked to the rising number of space assets launched into orbit. The future mega-constellation projects proposed or already in the process of being launched such as SpaceX’s Starlink or the OneWeb system are guaranteed to worsen the congestion in LEO. The situation will also be aggravated by the presence of a growing number of decommissioned and uncontrollable satellites on-orbit.

As of today, no legally binding international regime has been adopted regarding space debris mitigation and remediation and, though numerous countries consider space safety and the space debris issues in their national laws, existing provisions are often too general to effectively ensure a global and long-term sustainable use of space.

In the absence of binding rules, ESA estimates that more than two thirds of satellites in orbit are non-operational. To face this issue, leading space actors are investing in SSA; however, capabilities and strategic approaches differ. 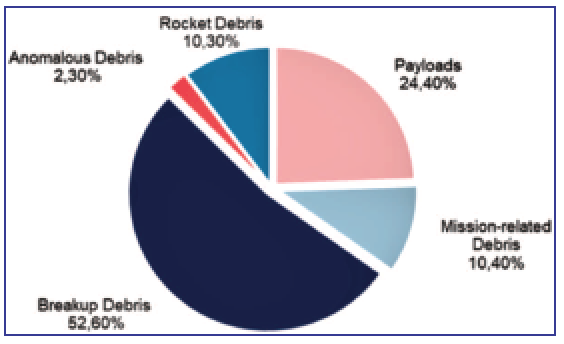 Source: Euroconsult Research Report Satellites to be Built and Launched to 2029.

The most advanced approach and technical capabilities exist in the US. As the country’s military, civil governmental and commercial entities increasingly rely on and benefit from the use of outer space, SSA is considered a key capability to mitigate against risks threatening space systems and to ensure US (and global) freedom of action in space. 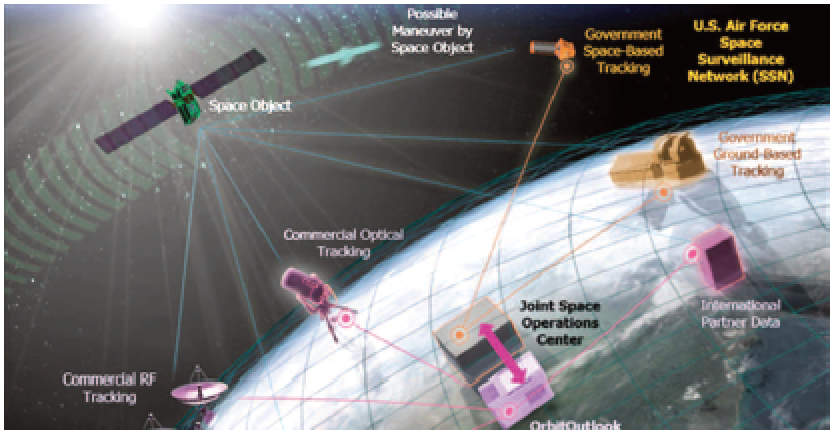 Main US assets include the Space Surveillance Network, a global network enabling the US to track more than 23,000 orbiting space objects. Part of its database is made publicly available. To enhance its capabilities, the US developed the Space Fence System, a second-generation, ground-based, space surveillance system tracking objects measuring 2-3 cm in LEO. Located in the Marshall Islands, the system was declared operational in 2020 and has increased the number of space objects tracked to an estimated 200,000 objects.

Support to SSA activities by the US Administration has been reaffirmed in 2018 through the adoption of the Space Policy Directive- 3 (SPD-3). SPD-3 shifts the non-security critical aspects of SSA from the Department of Defense (DoD) to the Department of Commerce, thereby increasing its capacity to incorporate commercial SSA data and services. In this aim, the directive introduces the possibility for the government of purchasing and incorporating information collected by commercial, civil and international players creating new business opportunities for the private sector. 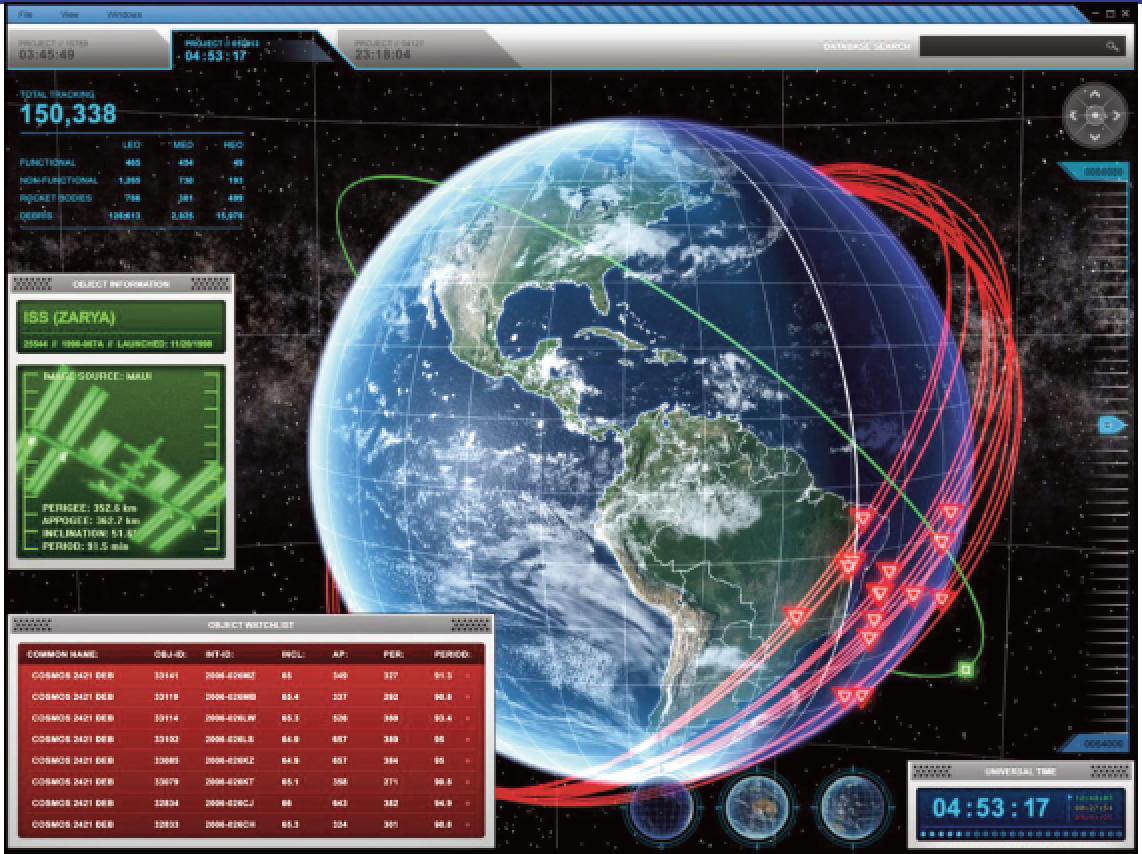 Image of the US Space Fence, courtesy of Lockheed Martin.

As such, the US government acts as both provider and client of high-quality SSA data, and today represents over half of all commercial SSA revenues worldwide.

These recent initiatives in the SSA sector are the logical consequence of the US’s global space policy implementing across the entire space industry including Earth Observation (EO), satellite communications and the launch industry. By increasingly purchasing commercial products and demilitarizing part of its space assets, the country aims at benefiting from more flexible, latest and cutting-edge technologies offered by the dynamic and vibrant country-based space companies.

Currently, no other country nor regional organization has been developing similar strategy justifying the US global leadership in the domain. In comparison, Europe’s commercial SSA sector is less mature. Apart from ESA’s ADRIOS mission, European governments typically do not directly purchase data or services from their private industry in large quantities, explaining a slower growth of the market compared to the US one.

Differences might also be noted at the political level. Even though numerous European government documents reference the importance of space debris mitigation and space environment sustainability, these policies do not support an increased role for the commercial sector in boosting national SSA capabilities.

However, the financing landscape appears likely to improve. To illustrate, the ESA awarded a 86 million euros contract to the Swiss start-up ClearSpace SA in 2020 in order to complete the world’s first space debris removal mission by the mid-2020s. 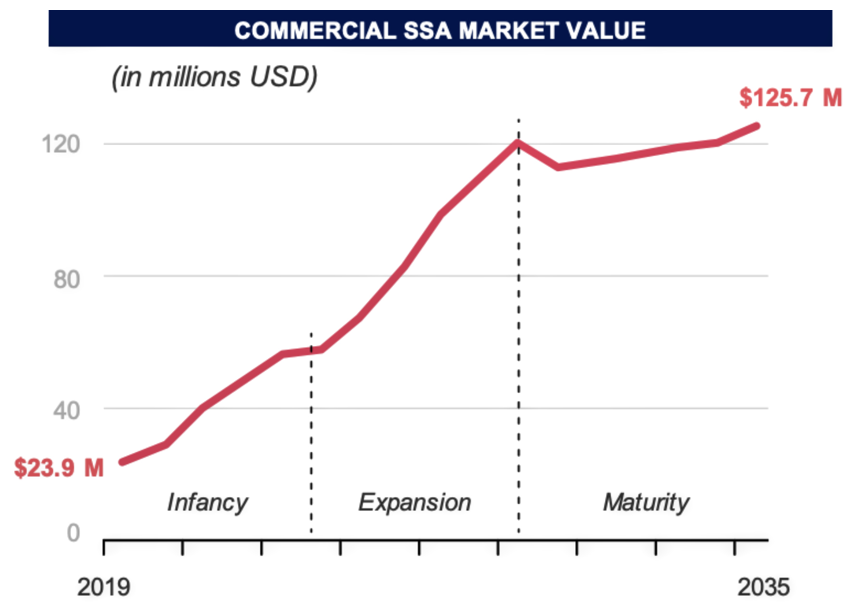 Government involvement in the sector is crucial for the development of this market as SSA revenues are currently generated predominantly by governments. However, as a result, fee-based commercial services in the sector must compete against free government-provided solutions which currently serves to suppress the market. Without further progress at the political and legal levels, commercial uptake is estimated to remain low until either there is a mandatory obligation to ensure space debris mitigation/remediation or orbits become so congested that a majority of satellite operators’ cost-benefit assessments change in the balance of paying for SSA services to avoid any collisions.

In a recent study by Euroconsult for the UK Space Agency to quantify the commercial SA market in 2020 and forecast its growth trajectory over the next 15 years, the SSA market is forecasted to exhibit an “S-curve” dynamic prevalent in nascent high-technology areas entering the mainstream commercial market.

The market first enters an infancy phase marked by slow technological development and commercial uptake and market penetration rates. In conjunction with the launch of mega constellations and increased congestion and thus collision risk, along with increasing technical capabilities and lower costs, the commercial SSA market will undergo a period of rapid expansion, with commercial revenues projected to hit $100 million by the early 2030s.

Finally, as the market reaches its full maturity stage and SSA usage and penetration peaks, growth is likely to slow down with a focus on operational cost reductions rather than investing in breakthrough technologies.

A number of factors currently suppress the commercial SSA market, most notably the fact that this kind of products and services is largely provided by public entities free of charge. However, the state of the market is expected to rapidly evolve based on various and, sometimes, difficult-to-predict evolutions and variables.

The achievement (or non-achievement) of the planned mega-constellations projects, as well as possible regulatory reforms and technology breakthroughs such as space-based SSA, might dramatically impact the market in one way or another.
www.euroconsult-ec.com

Charlotte Croison is a consultant with Euroconsult, a consulting firm specializing in space markets. Her focus includes regulatory and policy framework assessments for both industrial and institutional entities. 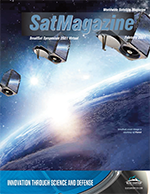