5G is postulated as one of the key technologies that will revolutionize all of our lives. To be more precise, the Internet of Things (IoT) will be one of 5G’s main fields of application as reflected in the forecasts of the economic impact of the technology. 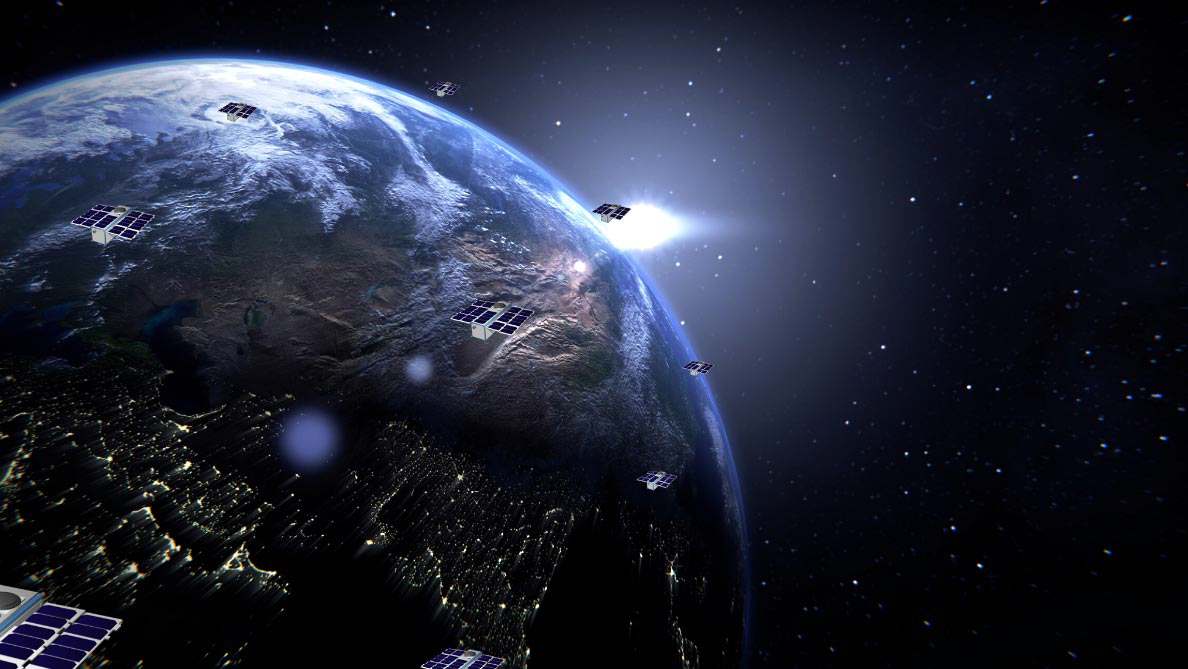 According to a recent study by the analysis firm Juniper Research, the turnover associated with the use of 5G networks for IoT will reach 8 billion dollars in 2025. That figure represents a growth of 1,400 percent in only five years.

This revolution added to the paradigm change within the space secto — called 'New Space.' The magnitude of this transformation is what led to the founding of Sateliot, a Spanish company that will launch the first constellation of smallsats to provide global and continuous connectivity to all of the elements that comprise the IoT universe under the 5G protocol. 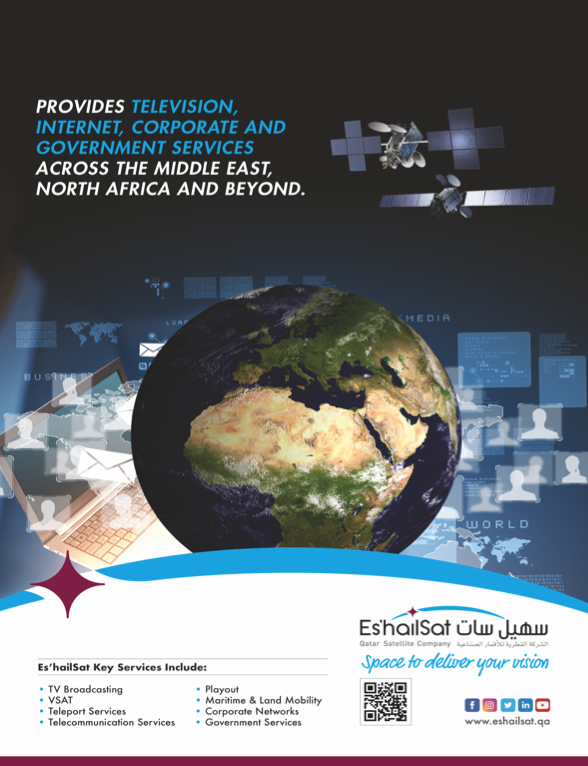 The smallsat technology that Sateliot will use is a turning point in this new 'space race' that governments, aeronautical giants, big companies such as Tesla or Google, and thousands of startups from all over the world are already starting to join.

However, the attraction of this technology is not only the smallsat’s size — no larger than a microwave oven and weighing 12 kilos — but also other features such as the nanosatellite’s height, as it orbits just 500 km from Earth in contrast to the large geostationary devices that do so at 36,000 kilometers.

In addition, smallsats are built following a standardized design that is in the form of 10x10 cm cubes and whose standards can be adapted to the function that is to be performed. Their lifespan is also shorter than that of large satellites, around three to five years. This affords smallsats the opportunity to increase their capacities while continuously adapting to the canons of market innovation and unit improvements.

The cost difference between a smallsat and geostationary spacecraft is also considerable. While launching a geostationary satellite costs around 250 million euros, launching a nanosat costs just under 1 million euors. However, to ensure coverage of the Earth’s entire surface, several smallsats are required. Sateliot, for example, has designed a constellation of up to 100 such devices.

The Mission of Connecting Everything

Satelliot expects a constellation to launch this year (2020), with a view to becoming operational by 2022. However, what exactly will be the mission?

These nanosatellites will function as telecommunication towers from space, providing an extension of coverage to traditional operators through wholesale agreements in order to offer IoT services to locations where terrestrial networks do not reach.

Likewise, this technology will provide real-time monitoring services in sectors such as maritime, railway, aeronautical, automotive, oil and gas exploitation, electricity, critical infrastructures, agro-technology as well as the environment.

Sateliot already has the backing of the European Space Agency (ESA), with whom the firm signed an MOU for advice on the project's development and implementation activities and is now working on demonstrating the service. The company has also reached an agreement with the British operator Open Cosmos to build and operate this smallsat constellation. In fact, the firm is already working on the manufacture, mission management and launch of the first three devices.

In addition, Alén Space, the Spanish manufacturer of aerospace projects, will be responsible for the design of the payload of at least the first nanosatellites that will be used for the development and research of new protocols and modulations that will make it possible to connect objects anywhere. 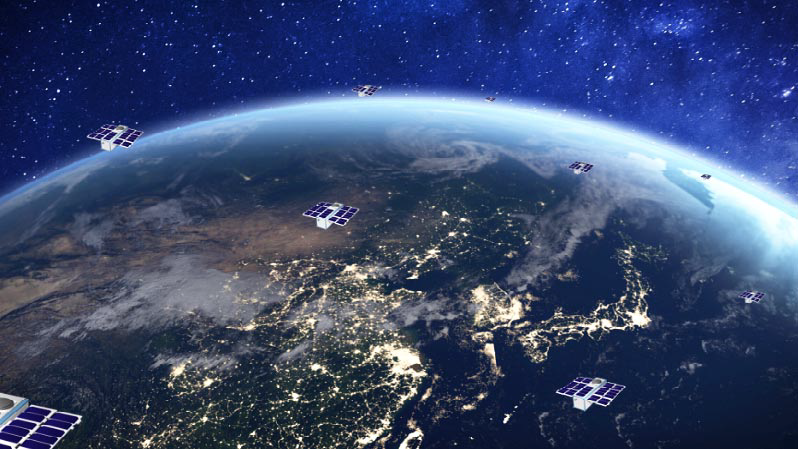 This payload includes a radio board that allows the implementation of advanced communication systems in small, low-cost and low-consumption platforms. It also allows its reconfiguration once in orbit. This means the system can be updated with new developments and advances while on-orbit, a feature that is not usually possible with traditional satellite communication systems, thereby enabling smallsats to adapt to new and dynamic standards set by the New Space market sectors.

Meanwhile, on the ground, Sateliot will have user equipment that will allow the firm to test the first IoT services that the company plans to offer to telecommunications operators. These terminals will make it possible to communicate a device’s position, whether those devices are containers in the logistics sector, or a cow in the agrotech sector, or even to control the water level of a tank in a rural area.

This is an ambitious project and has already been recognized by experts in the sector as a viable offering. During an industry event held earlier this year, Sateliot was among ten startups recognized as having the greatest growth potential in the sector.

Sateliot has been the only Spanish company selected from more than 100 startups acrros the world to participate in the 'Startup Space,' the competition that distinguishes the most innovative company in this global event — Elon Musk, the founder and CEO of SpaceX, is a keynote speaker.

The South Korean Ministry of SMEs and Startups, which promotes the creation of small and medium enterprises that possess a strong technological component at a global level, as well as the Korean Institute for New Enterprises and Business Development (KISED), they have also valued the Sateliot project, giving it entry into the 'Global Startup Exchange and Collaboration Program 2019'.

Sateliot is strongly positioning itself in the space sector, which is emerging as a developing ecosystem that is delivering great impact on stimulating economic activity. This is already one of the most impactful motors driving the global economy. The smallsat market segment offers impressive added value and has the capacity to generate employment, high return on investment and technological innovation.

Jaume Sanpera is the founder and CEO of Sateliot, the first satellite telecommunications operator that will provide global and continuous connectivity to all the elements that will make up the universe of the Internet of Things (IoT) under the 5G protocol. Previously, he founded and managed Eurona, a company that grew from 2 to 150 million in sales in six years.

Mr. Sanpera has a background in Telecommunications Engineering, a Master of Business Administration (MBA) and a Senior Management Program (PADE). His entire career has developed in parallel with technological developments and his entrepreneurial spirit led him to found nine companies, including Cidec, Festuc, and more. 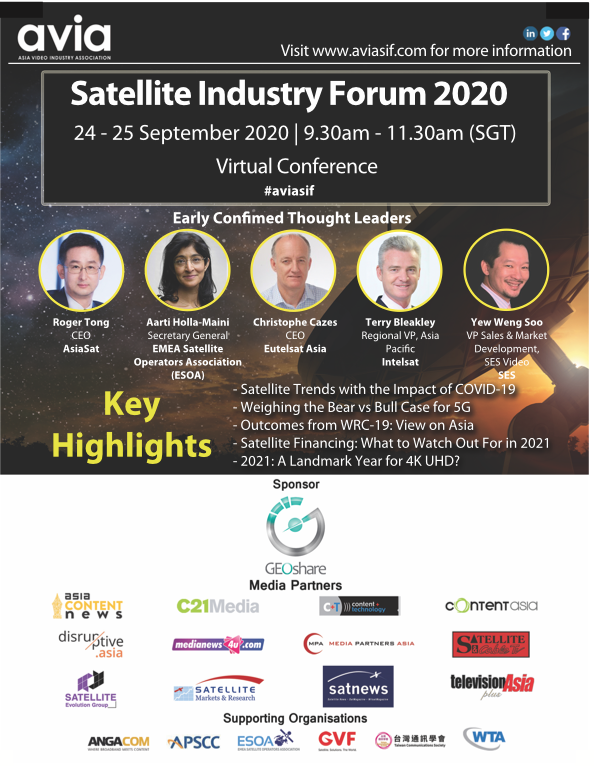