The connection of sensors and equipment to the internet, also known as the Internet of Things (IoT) is growing at an exponential pace. Everything from home thermostats to expensive agricultural machinery is being connected, providing users with rich data sources to deliver better services and to responsibly manage our environment.

Successive improvements in connectivity technology have not returned a substantial improvement in coverage: the remote and rural areas that were under-served by 3G will most likely remain under-served by 5G. Low Power Wide Area Networks, such as LoRaWAN® (Long Range Wide Area Networking) are expanding incredibly fast but there will always be areas that are hard or not cost effective to reach

These areas will still see a substantial demand for connecting devices and equipment via the internet and constellations of satellites in Low Earth Orbit (LEO) to offer much needed services in market verticals such as: 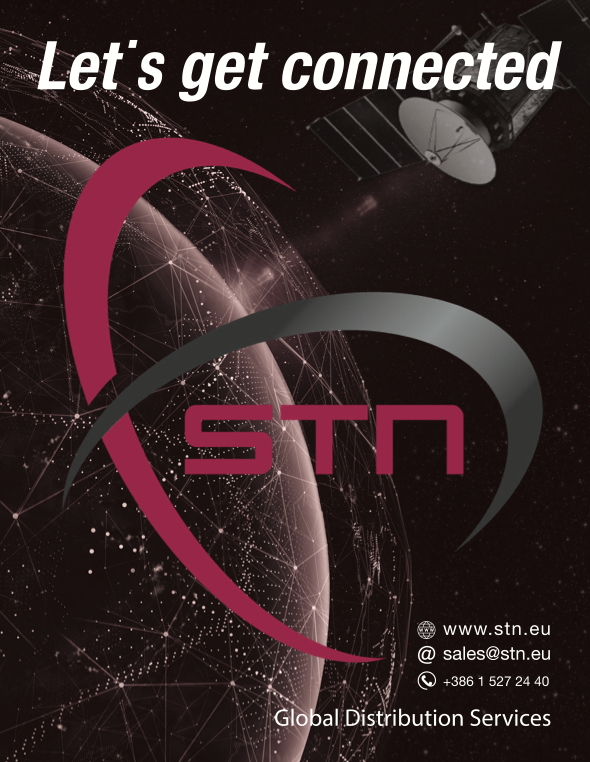 The data collected at a global scale, will help us address existing and growing issues such as increasing food production, preventing and solving climate change factors and greater participation in the global economy by regions that lack the right infrastructure.

Needed: A Paradigm Shift
The traditional business model and value chain, consisting of satellite manufacturer, satellite operator, ground segment manufacturer and service provider, often introduced complex commercial relationships and included a long expensive wait from ordering a satellite and its start of commercial service. To reach the full potential of IoT, a new paradigm in the business model for satellite constellations is needed, as well as additional, dedicated launch options.

Over the last decade, the space sector has seen a phenomenal amount of technological innovation and new entrants that has already impacted cost and market opportunities. Many have enthusiastically hailed this the begin of the NewSpace era. And while we can see an increase in commercial activity, the most exciting aspect of this change is perhaps yet to be felt and hides in the revolution of the business model. A completely new concept is also required in the service delivery that for most users is still too costly.

The Power of Open Source Design Standards
Achieving price targets of tens of dollars for a sensor, satellite modem and connectivity charges requires a fundamentally different approach to traditional satellite data communications. Rather than using closed, proprietary systems, we need to draw heavily on mass produced communications chips, and provide open source modem designs to sensor manufacturers all over the world. 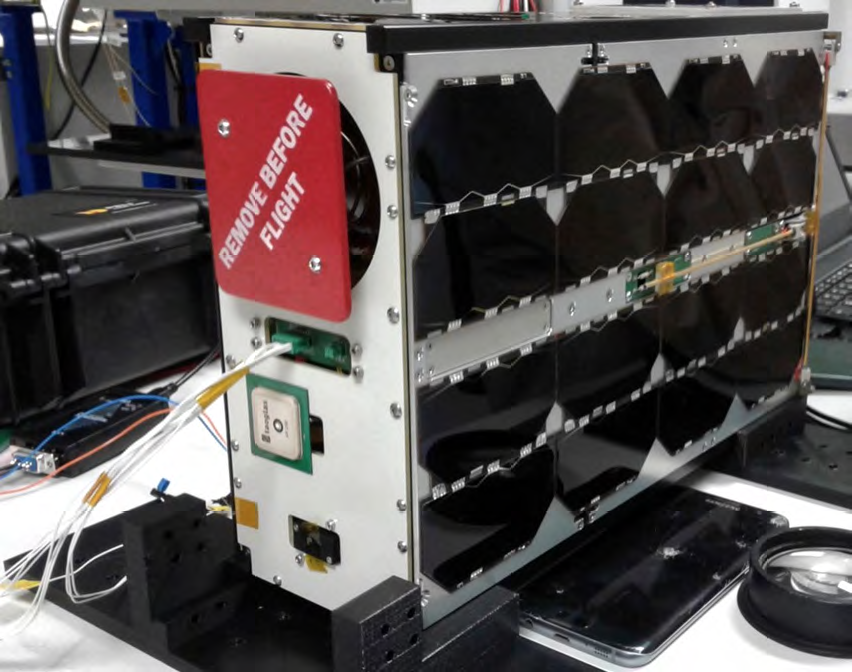 The devices also need to be completely interoperable with other networks, including terrestrial, so they do not lock the customer into a long service contract and bind them to single and proprietary equipment that does not interoperate with other technologies.

Diverging from the traditional premium satellite data, the service becomes complementary with terrestrial IoT by working seamlessly with the terrestrial networks when they are available and also complementary in terms of price because it uses down-to-earth technology and a consumer business model.

Using open standards to gain rapid mass market entry is not completely new for satellites. Satellite TV accounts for about 30 percent of the entire space sector revenues and is the single most successful commercial application of space. Its success is largely down to the mass adoption of the open DVB-S (Digital Video Broadcasting – Satellite) standard, part of the DVB family of standards.

Selecting LoRaWAN® for Transmission to Space
The LoRaWAN® specification (Long Range Wide Area Networking) is one of the networking protocols of the internet. Same as Wi-Fi, Bluetooth or NB-IOT (Narrow Band IoT), it has an optimum use scenario in cases where the signal needs to convey a short message but cover very long distances, while resisting interference and consuming extremely low power. To achieve that, it uses sub-gigahertz frequencies and Chirp Spread Spectrum modulation. This combination makes it ideal for IoT applications over satellite, featuring low implementation complexity, low cost and high scalability. 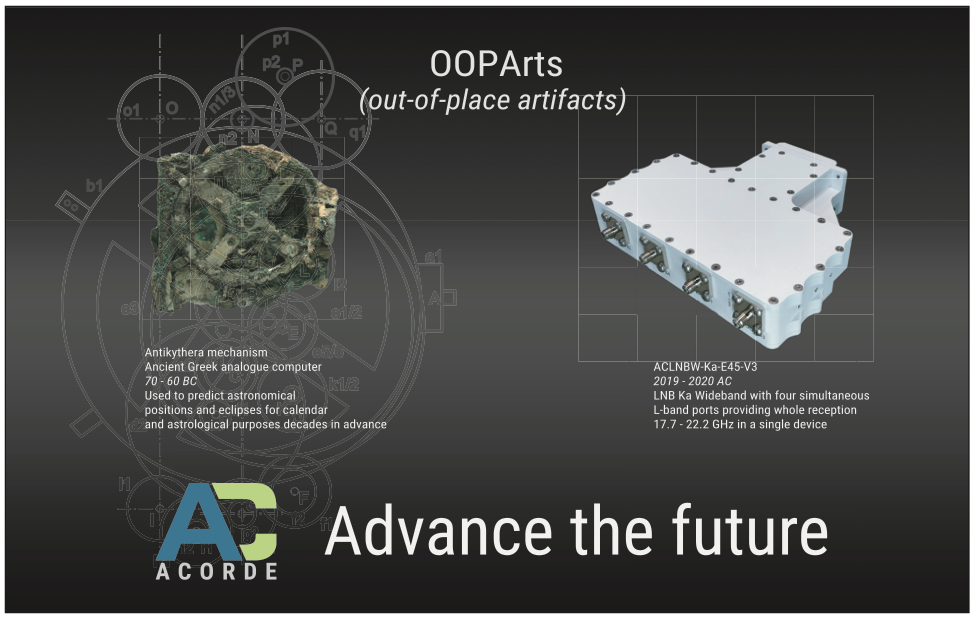 During a recent demonstration of the miniscule amount of power that a LoRa® device needs, Lacuna Space has collaborated with Dutch start-up Plant-e, and with the help of the European Space Agency, to achieve the first transmission to a satellite from a sensor exclusively powered by a plant. The sensor measures air humidity, soil moisture, temperature, cell voltage and electrode potential, using purely the energy harvested from a plant itself and opens up various applications in agriculture and smart farming.

One necessity for the success of a standard is the mass adoption. We have seen such a success in the satellite industry before, the DVB ecosystem. Going back to the birth of satellite TV, the DVB ecosystem was absolutely important to the industry, including all major media interest groups.

Similar to that, the LoRa Alliance® is the fastest growing technology alliance today, counting more than 500 member companies that include market leaders such as Semtech, CISCO and AWS. Members, benefit from an ecosystem of active contributors offering solutions, products & services, which create new and sustainable business opportunities.

Security — a Rising Concern
Security and authentication is absolutely crucial, especially for devices that are used for critical applications such as energy and those that stay out in a remote region for long periods of time. LoRaWAN® offers several layers of security: mutual authentication, integrity protection and confidentiality.

While there are voices that claim open source is not secure or robust, this is often a generalisation across all types of open source projects, including non-commercial. After many commercial open source endeavours that have proven to be secure, we can consider this theory somewhat unsubstantiated. Even in defence circles, it is now accepted that the use of a technology standards and well-vetted algorithms actually increase security. Physical security of the end user devices and embedded security chips offer effective additional layers of security. 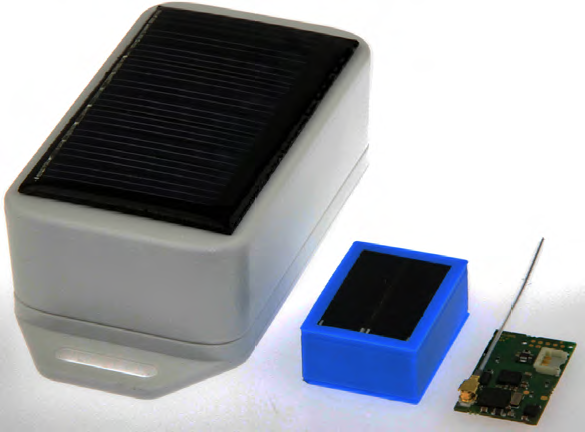 Toward the LoRa® Space Network
Riding on the smallsat revolution, there are many established and new players planning constellations to serve the growing IoT market. They are at different stages of maturity; however, each of them will have to launch a substantial number of satellites to offer valuable service. For example, Lacuna Space has launched one satellite, has three awaiting launch in 2020 and is planning to extend its network to a constellation of 32 smallsats by 2022.

For satellites that are in LEO, there is an interesting trade-off between the number of satellites launched, total CAPEX and satellite revisit times, causing service latency. One idea to solve that issue that has been proposed by Lacuna Space is sharing satellite infrastructure, service roaming and data exchanges.

Satellite operators, via the LoRa® Space Network (a not-for-profit foundation) would use the LoRa® standard to share satellite infrastructure for mutual benefit. This would enable service providers to focus on the essential part of the business, which is to scale quickly, provide customers with lower latency and require considerably less capital investment by them. The Network would be owned by the operators, configured jointly and use a message exchange to route messages between different networks and service providers.

It's obvious that the route to achieve the needed paradigm shift is a few years off and needs some radical change across the industry. Yet it is undoubtedly the only way for the Internet of Things to bring the needed introduction of new services to solve some of the most pressing issues we are facing.

In addition to his role as co-founder and CEO of Lacuna Space (founded in 2016), Rob is also chairman of Oxford Space Systems. He initially assisted the founders to establish the company and is a long-term investor. As chairman he is now helping its investors and executive team to accelerate their growth. 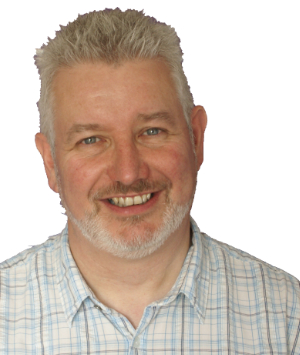 Before that he was the President at COM DEV International Systems for several years. His previous positions were as the director for space products at ABSL Power Solutions and space business unit manager at AEA Technology. He has degrees as a MBA Business Administration and MEng Mechanical Engineering. Rob is also the co-chair of the export committee / working group for UKspace — the trade association that supports the UK Space Industry.